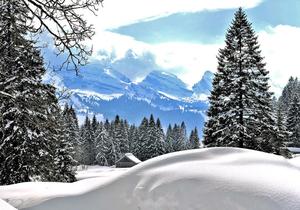 Please be familiar with these schedule change procedures and make sure your student knows what to do if school is dismissed early.
Closings and/or Delays:
If school is delayed or closed, information can be found on the Greeneville City Schools Website, https://www2.gcschools.net/.
Also check the following local news and radio stations for information:

Please avoid calling the school!
The school system's emergency notification system (SchoolCast) will be used to notify employees and parents of closings, delays, and dismissals as an additional means of communications.
If school is not delayed or closed NO NOTIFICATION will be sent.
When school is delayed, there is still a possibility that school will be called off for the day. Therefore parents should not drop children off at school until the appropriate starting time.
If school is delayed by one hour, GMS will start at 8:40 AM and buses will run an hour later than usual.
If school is delayed by two hours, GMS will start at 9:40 AM and buses will run two hours later than usual.
Click here for the complete delay schedule.
Early Dismissal:
Decisions about dismissing school early will be made as soon as possible and announced. Please check the radio, TV Stations, and the GC Schools website instead of calling the school. Decisions will be released to the media as soon as they are made.
On days when students are released early, decisions may require immediate action; therefore, parents are asked to have a plan in place so that children know where to be delivered by bus or who will be picking them up. This will alleviate concern on the part of the children and allow school phone lines to remain open for emergencies.
Print